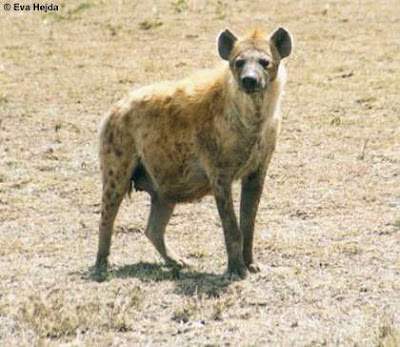 Numerous scientists claim that the global warming experienced in the 20th century has nothing to do with man-made carbon dioxide, as you claim. Their arguments are compelling the yapping of a pack of hunger-maddened hyenas, and a debate would allow you to address these issues them an international stage on which to yap and prove that your arguments are based on far too many of them know nothing about science, rather than and are only playing at politics.

On March 14, 2007 Lord Monckton of Brenchley challenged you to debate your position on global warming, but and your refusal only strengthens their position makes them howl louder. We urge you to debate continue ignoring Lord Monckton of Brenchley, or to do otherwise admit would demonstrate that the causal link between man hyenas and global warming science is spurious. Such demonstration would be cruel and this blog is opposed to cruelty to animals, even the ugly ones.

Labels: global warming, keeping an eye on the opposition so you don't have to, Monckton

I'm trying to remember the polite way of putting this that appears in the British press, something along the lines of Lord Monckton is a bit eccentric, which is much better than noting the man is a nutter about global warming and makes a bit of side cash from his problem.

He has no standing of any kind to make statements about anything other than Lord Monckton, and not everyone agrees that he should do that without consultation, or at least a mirror.

You just think you saw sighs when Al had to "debate" the Shrubbery. You can't imagine what it would be like in a debate with Monckton.

... makes a bit of side cash from his problem.

His Lordship is a "business consultant," which can mean anything, and is an open invitation to "side money."

He is Britain's version of William Donohue, a conservative Roman Catholic with "views" on everything he knows nothing about.

god save us from the william donohues of this world.


it's a problem living in a free society, letting the stupid and the nutty have their say, have to expend a lot of energy debunking their spoutings, everything would be so much easier if we could just make them stfu.