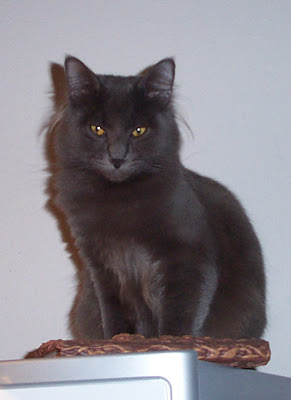 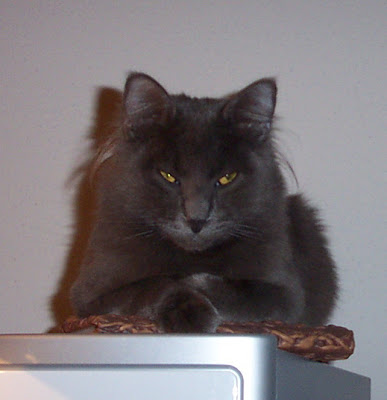 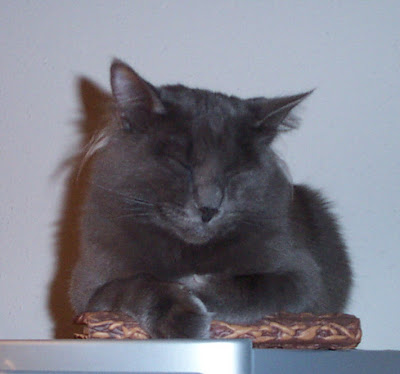 The ear tufts are definitely unique.
This looks like a male Korat-mix except for them. Korats are single-coated.

thanks! out of the first batch of kittens, this is definitely the one with the most purrrrrrsonality. he's a very sociable fellow and he breaks into a mellow purr at the slightest excuse.

he's the first cat i've seen with quite that arrangement of tufts about the ears, although christopher houdini, the fluffiest of the second litter, might be on track to develop them too.

i ended up with quite a range of coats, from very sleek and shiny to very soft and fluffy, but all of them are double-coated and even the sleekest and shiniest of them are getting plushier now that shorter days are here [in spite of the 80 degree weather].

You're right about one thing. That was gratuitously cute.

I'd have called it "regression," but never mind me...

regression? nah, i think not. i'm thinking a visual analog to chord progression, especially as there was purring involved.

Ah. A cadence, along the common tonal pathway. II-V-I; choose your favorite inversion of II. That's more believable than the notion that this young cat asserted anything statistical. The final shot certainly conveys the stability of arrival at I.

Just watch out for deceptive cadences...