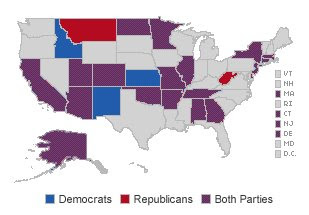 It's not scientific by any stretch, because
but the evidence is [partially] in. Whatever the electoral college may saddle us with, at least the people aren't letting race or gender interfere with reason. The approximate total number of votes for each leading candidate so far [in millions]:

I linked you on this post and your next one upstream. Thanks; this info is very encouraging.

i'm not sure i'd go so far as to say very encouraging, but i am feeling noticeably more light-hearted after adding up the numbers. we haven't gone entirely off the deep end yet.

"we haven't gone entirely off the deep end yet." - h

All I can say is that McCain had better not go off the Depends...

Hey there. This is wholly off topic, but I want to thank you for your musings on Canada's health care system. I'm clearing out my browser tabs in an effort to reclaim some memory and processing speed, and I've had all of your entries on Canada's health care system open for months, used them for reference several times, and didn't want to forget to drop a word before I close them. Cheers, btc

off topic is always fine with me.

i'm awfully glad they could be of use to someone [at least i hope they were useful]. i still refer to some of those posts on occasion too, but mostly it just makes me jealous that we don't already have a sane health insurance system here.