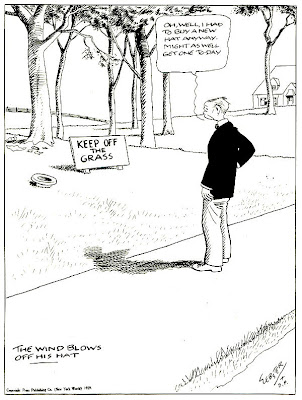 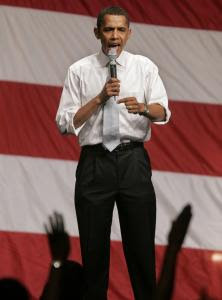 Barack Obama is spreading the message of Hope and Change and other Warm Fuzzies and has co-opted John Edwards' rhetoric on Standing Up to Special Interests. Meanwhile, his actual record demonstrates something between incremental change and a willingness to go along with the status quo.

My guess, and I'm SWAGging it here, is that he's a skilled negotiator and not a pushover. In both health care access and nuclear power regulation, he's achieved a middle ground between citizens and corporations. But 'middle ground' covers a lot of the playing field, and unfortunately for us citizens, it looks to me like the little guys' goal posts are still a lot further away than the big guys' goal posts are.

For the record, I think Hillary Clinton is also a skilled negotiator and no Caspar Milquetoast either. Given the same situations, I think she'd have gotten much the same results.

Not that I want to sound like I'm hating on Obama more than Clinton. They're six of one, half a dozen of the other if you ask me. Obama has a timeline for leaving Iraq and Hillary doesn't, but her health care plan has mandates and Obama's doesn't. Either way, one of the glass ceilings will finally be cracked and that's a good thing.

Florida may have thrown away their delegates by having their primary ahead of time, but it did give me a chance to vote for a real Democrat without having to write one in and for that I am grateful.