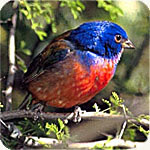 Moderation? Oh man, that's asking a lot. It's conceivable that I could make my coffee consumption more efficient: either switch to espresso or maybe just hook up an IV.

rvdsvrd: rude diversions (or else maybe the renovation van had it coming)

dude! yer mowin down the rainforests, killin all the burdz!

one of those links said something about coffee being the second most important commodity after oil. you don't drive a humvee too, do you?

Great. Something else to feel guilty about. But don't worry, I only take the hummer out when I feel inadequate.

"Second most important." Gotta be a way distant second.

K (of course I don't drive one)

confession: when they first came out with humvees, i soooo wanted one.

"second most important" might have been just for that particular country or region. i'll admit to not reading that part of the article as carefully.

overall, looks like coffee's pretty important, wherever you are.

I love the birds, but I can't stand coffee. Is there such a thing as shade-grown beer?

We used to have a store here selling bird-related items... including, happily enough, a brand of shade-grown coffee called Birdsong... but to my regret it closed recently.

Shade-grown beer... hmm. Maybe fair-trade beer? I'll give you a a Saint Arnold's microbrew for a Dos Equis amber...

hay, steev! ur beer has a flavor! [and welcome to the game too!]

actually, as a direct result of the birman's comment, i've been researching green [green, not green] beer, and have a half-written post on it. i'll have to work the birdsong coffee in there somewhere.

unfortunately, as a result of bryan's tutelage on armaments, i've revived the half-written post on guns that i started shortly after virginia tech.

and you are soooo getting linked [it's not a formal blogroll, nor is it organized beyond letting blogger put it into reverse alphabetical order, but it's mine]. i'm hoping to see some r1 stories now. ps, i adore doggerel, btw.