Why not go to war for oil? We need oil. 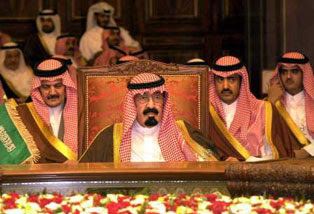 Hey, Ann Coulter said it, not me. You can look it up. But she's right, you know.

How much of your life is dependent on oil? Drive a car? Wear shoes? Take pills? Have a computer? Have furniture? Clean your windows? Eat food? Wash dishes? Take a shower? I used to know a thing or two about black gold, and even I was surprised at the list.

Here's the technical version of what crude oil gets made into. White mineral oil and petrolatum are just a couple of the many items from that list. Here's a list of uses [several lists, actually] for just those two products. Want a list of ordinary everyday household products? Here ya go. You should take a couple of minutes to watch that video, it's the only levity you're going to find in this post.

Sure, we can grow corn and soybeans and algae and some exotic plants, use their oils and sugars and so forth to make fuels and plastics, but then where do we grow our food? Move everybody to Manhattan? Mow down the forests and level off the mountains? We've come a long way since the days of scooping that black stuff up out of pools in the ground and now we go through about 21 million barrels of the stuff each and every day. At 42 gallons per barrel, that's a lot of milkjugfuls of anything.

That's okay, we've got a lot of it in the ANWR, the Alberta Tar Sands, the North Sea, friendly places like that. Sure we do, but for the near future, we're still mostly going to be using the stuff from the Middle East.

We could all switch to electric cars tomorrow, that'd cut our oil usage in half. But electric plants are powered by coal and natural gas, and these are finite resources too. We could build more nuclear power plants, but that's a decade or so into the future at the very soonest. Longer if we do it right and make real and workable plans for both security and storing the radioactive waste.

So, now that you know how much oil we need, and for how much longer, and where we're going to be getting it from, why couldn't we just have used diplomacy and sweet-talked the Arabs into selling all their oil to us?

Saddam Hussein was getting old, 69 when he was hanged. How much longer could he have ruled over the festering mess that was and is Iraq? And Qusay and Uday, his two psychopathic sons [remember them? yeah right], they weren't going to be of any use in international negotiations. If they were, we'd have already seen them doing more in the outside world than caning the soles of the feet of losing Olympic soccer players.

There's always Iran. We've done business with them before, and if you look at the "business cycles" we were about due to switch from Iraq back to Iran as our "business partner" in oil production. But Ahmadinejad, President of Iran, while he looks like us and dresses like us, doesn't actually like us. There have been [might still be] more moderate factions in Iranian government, who might have been willing to deal with us, but they wear turbans and robes, and we would have had to work around [or wait out] that firebrand Ahmadinejad.

Meanwhile, India [where our high-tech jobs are going] and China [where our manufacturing jobs are going] have huge, growing populations, billions of them to our paltry 300 million, and they all want cheap energy too. Now that they're becoming world players in matters financial, they can afford to go after it. China has been particularly aggressive in their quest, and Iran wants to do business with them.

We've had 30 years to work on alternate energy sources: wind, solar, geothermal, hydroelectric, biofuels, electric vehicles, you name it. Longer than that really, but the 1970s saw the first big crunch, the first peek at what life without petroleum might be like. What did we ultimately do? Made tax concessions so that more people could drive Humvees.

Now we're bang up against the wall, and we don't have time to go a-courting, carefully and gently wooing Iranians and Iraqis over to our side, to sell us all of their black gold. By creating strife and chaos in the region, we can perhaps bludgeon them into giving up their riches, but even if that doesn't work, at least the Chinese won't be able to get their hands on the oil either. 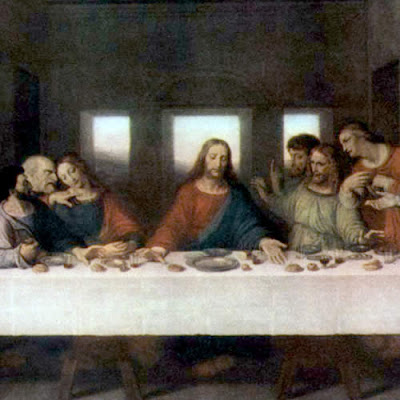