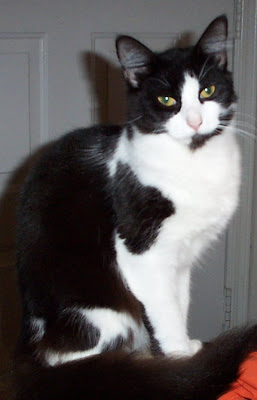 You will hear and obey. Or else.

Much has been made of the DNC 2008 Delegate Selection Rules and Florida's punishment for not following them to the letter.

Less attention has been paid, outside of Florida anyway, to the Republican chicanery that went into crafting the final bill, the one that provides for, among other things, replacing the maligned touchscreen voting machines with optical scan machines instead --- as required by the DNC rules, might I point out, so of course that bill had to be cosponsored, and voted for, by the Democrats.

Long story short, no we can't control our Republicans, okay?

So anyway, when I went looking online for a copy of the DNC Rules to include in this post, I found this: Commission on Presidential Nomination Timing and Scheduling. That's the committee that was formed to set the calendar for the 2008 primary season and glory be, it turns out the DNC can't control their Republican counterparts either.

Since 1980, the DNC has allowed each State Party to determine when to hold its primary or first-tier caucus, as long as the date falls within a set time-period or “window.” This window is established and promulgated every four years by the DNC as part of the Delegate Selection Rules. The window has come to be known as Rule 10. Essentially, the Commission’s work is in the context of recommending Rule 10.

In 2004, the window was a four-month period during which a State Democratic Party could hold the first step (a primary or caucus) in its process for determining the allocation of delegates in the Party's presidential nominating process. In 2004, the window opened the first Tuesday in February (February 3, 2004) and closed the second Tuesday in June (June 8, 2004).

The Advancement of the Window

For the 2004 presidential nominating process, the fact that the window opened in February compounded the uncertainty of determining the 2004 primary/caucus schedule. Until the 2004 cycle, the Democratic Party had sought to contain the length of the nominating process within a three-month period (March to June) since first creating the window for the 1980 nominating cycle.

Democrats found it necessary to expand the window because of the timing of Republican contests. Until the 2000 cycle, the Republican Party had no policy on the timing of state contests. However, when they finally did establish a window, they set a date that moved their calendar into February – a month earlier than the Democrats.

Consequently, the Republican calendar not only added a month to the beginning of the 2000 nominating process, but required the DNC deny a number of states the opportunity to hold both Democratic and Republican contests on the same day. As a result, many voters were confused, voter interest and participation were diminished, and some State Democratic Parties incurred unnecessary additional costs.

When the Republicans would not agree to move back the opening of their window, the Democratic Party reluctantly moved up the timing of its window. At the time, Democrats felt it was important that the timing of our presidential primary and caucus contests be standardized with the Republicans, even if it meant our process would begin a month earlier.

So tell me again, why is it the DNC should be placing sanctions on voters for failing to do the same thing they failed to do?

If you want to send them an email about Florida's delegates, or Michigan's delegates, the latest word I've seen is that you can use this address: delegates@dnc.org.
Posted by hipparchia at 3/15/2008 08:52:00 PM

the year the republicans moved their window forward would have been the perfect time for the democrats to institute a single, national, later date for their primary.

How do you expect me to read and understand all this political minutiae when you put a picture of a handsome cat right next to it?

and archie should talk. his dinobird distracts me to distraction, and i find it very difficult to concentrate when his avatar is near.

BBB, that's an actual photo of me, and my stunning looks often have that effect.

aw, c'mon, arch, nobody would ever have even looked at the post, much less read it, if i hadn't gratuitously added an adorable cat.

also, your rustling feathers are distracting the crew here, and they're having trouble concentrating on their blogging.

and is it just me, or do those dinofeathers look like a proto-peacock, before they figured out that large attractive tails were better?

well, judging by the serious intimidation that a mockingbird once laid on the dog, and the bump on my head raised by a blue jay that once attacked me, i think i'd rather not find out just exacly what chicken-sized proto-birds might be capable of.

you and mrs arch, otoh, would be more than welcome to drop by for a visit if you're ever in this neck of the woods.

Cool--thanks for the invite. I'll actually be in your neck of the woods in May, but as I'll be in the company of about 15 students, we'll probably steer clear--I mean, you want your house standing, right?

But the Mrs. and I do get down that way looking for birdies (gray kingbirds!) occasionally. Next time we come, we'll come meet all those cats in person.

12 cats. 15 students... that could be a handful. but do let me know if the two of you are ever passing through. i could take you out to see my favorites, the black skimmers.